I finally got around to finishing the installation of my Kenwood TM-D710A into my new Ford Focus. I took this out of my F-150 when I traded it in a few weeks ago. I feel like less of a man driving this little car, but I can't argue with cutting the car payment in half and cutting my fuel usage by 2/3.

For the installation I tried running the wire myself, but an almost 300lb 6'2" guy just doesn't fit well in the small spaced under the dash, so I paid someone to run the cable for me. Since I was having a pro run the wires from the battery to the trunk, I decided to go with 4ga wire so that I would only have to do it once.
I mounted the radio body and the power point under the rear deck with self-tapping screws. The control cables run down different sides of the car. The cable to the mic goes down the driver's side, and the control head cable runs down the passenger side. They are neatly tucked inside the molding along the floorboards, then cross under the seats to the mic and control head.

The control head is mounted using the MT-7 mount from AES . It only required loosening the seat mounting bolt, sliding the mounting arm under the bolt, and tightening it back up. It was the easiest part of the install!

I still have some wiring clean-up in the trunk, but I ran out of wire loom, so that'll be a project for another day. 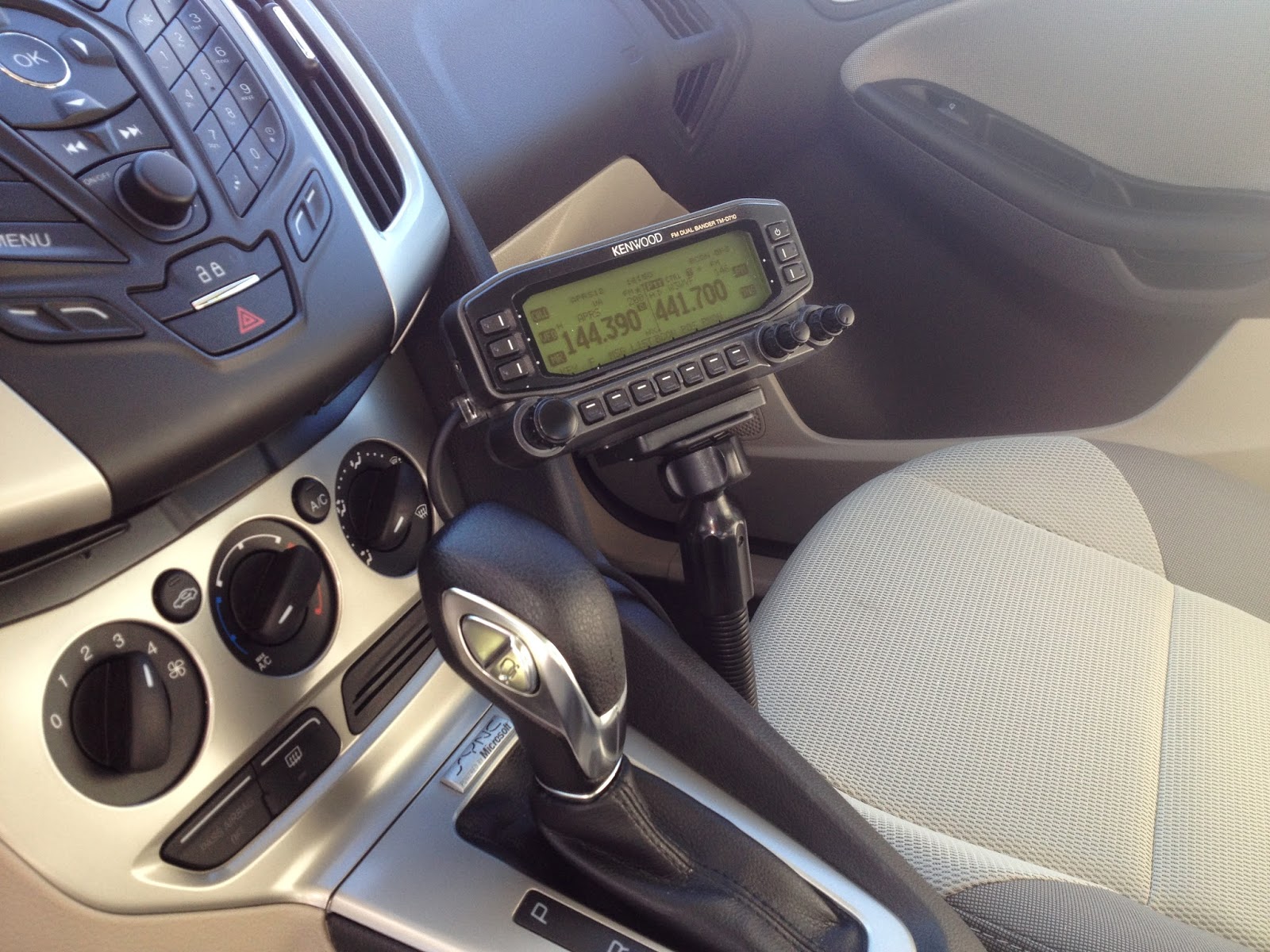 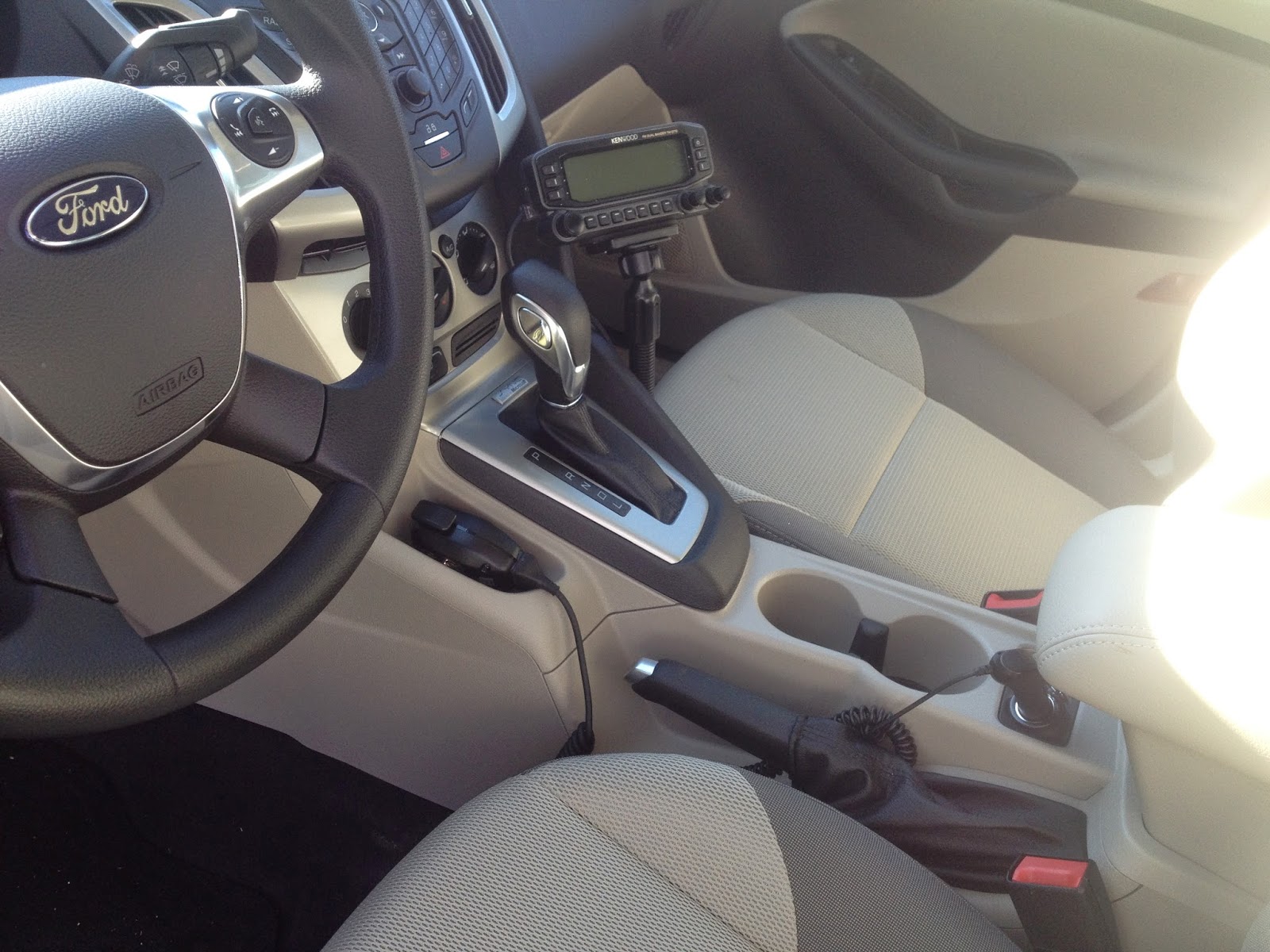 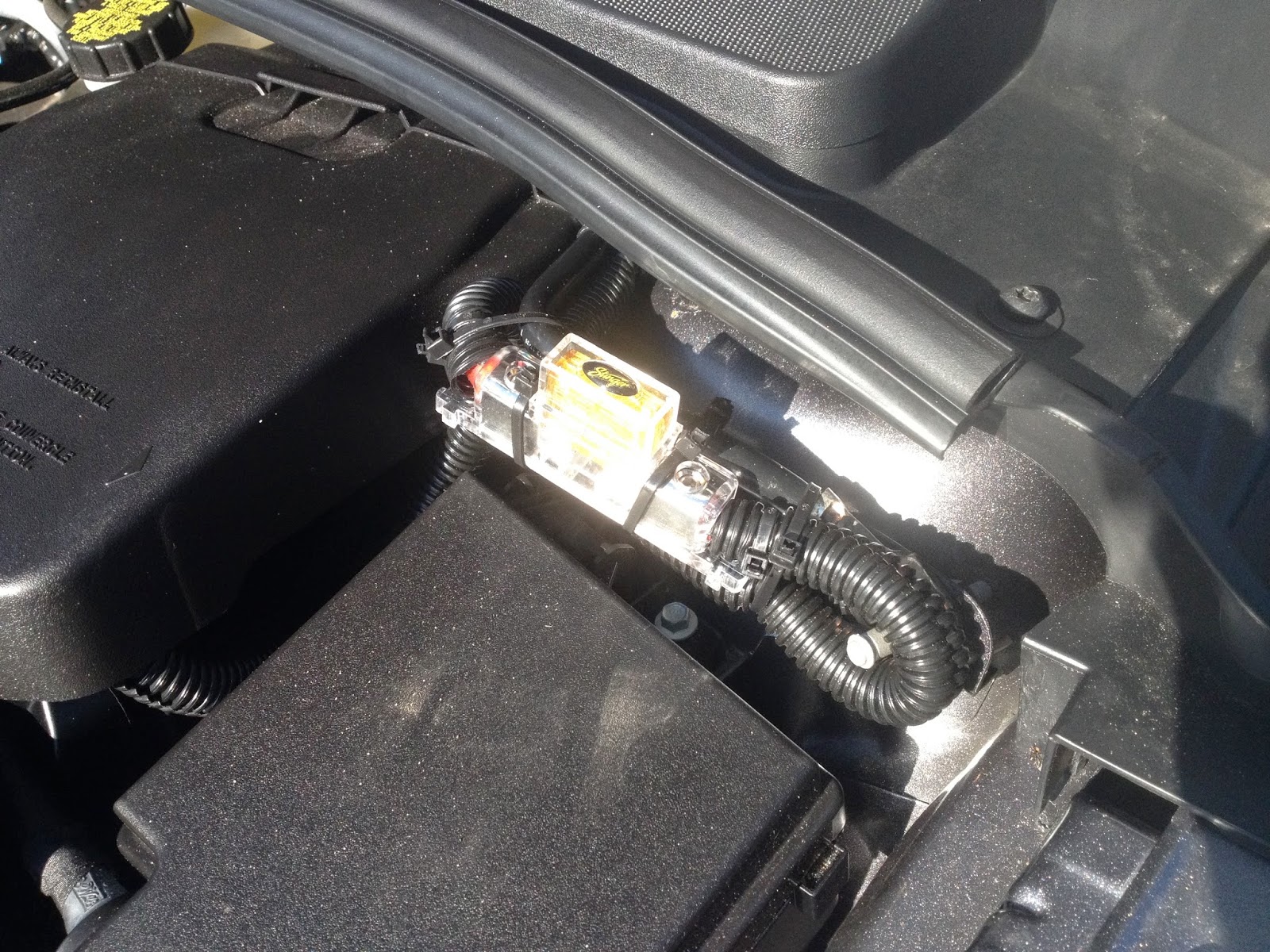 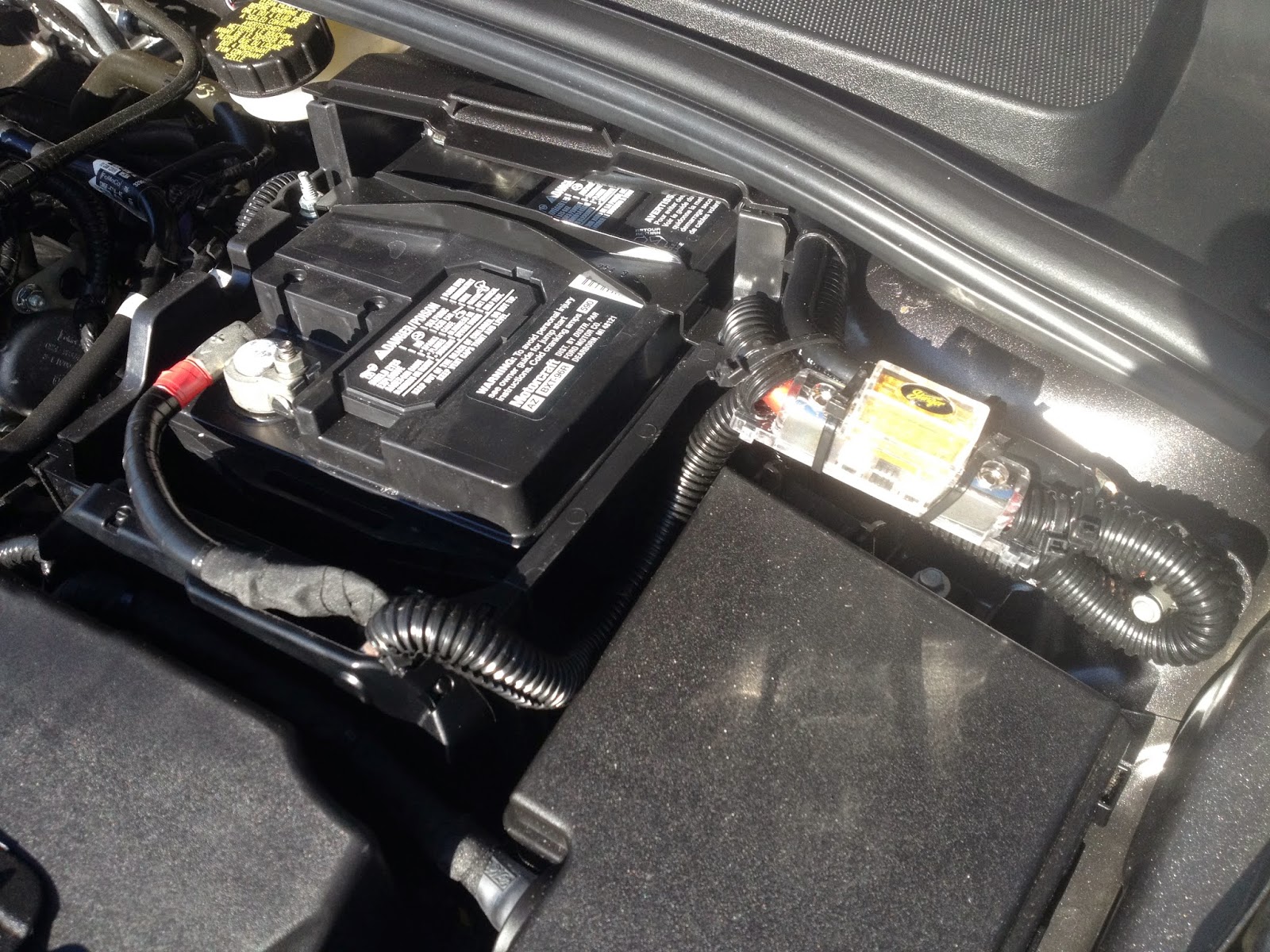 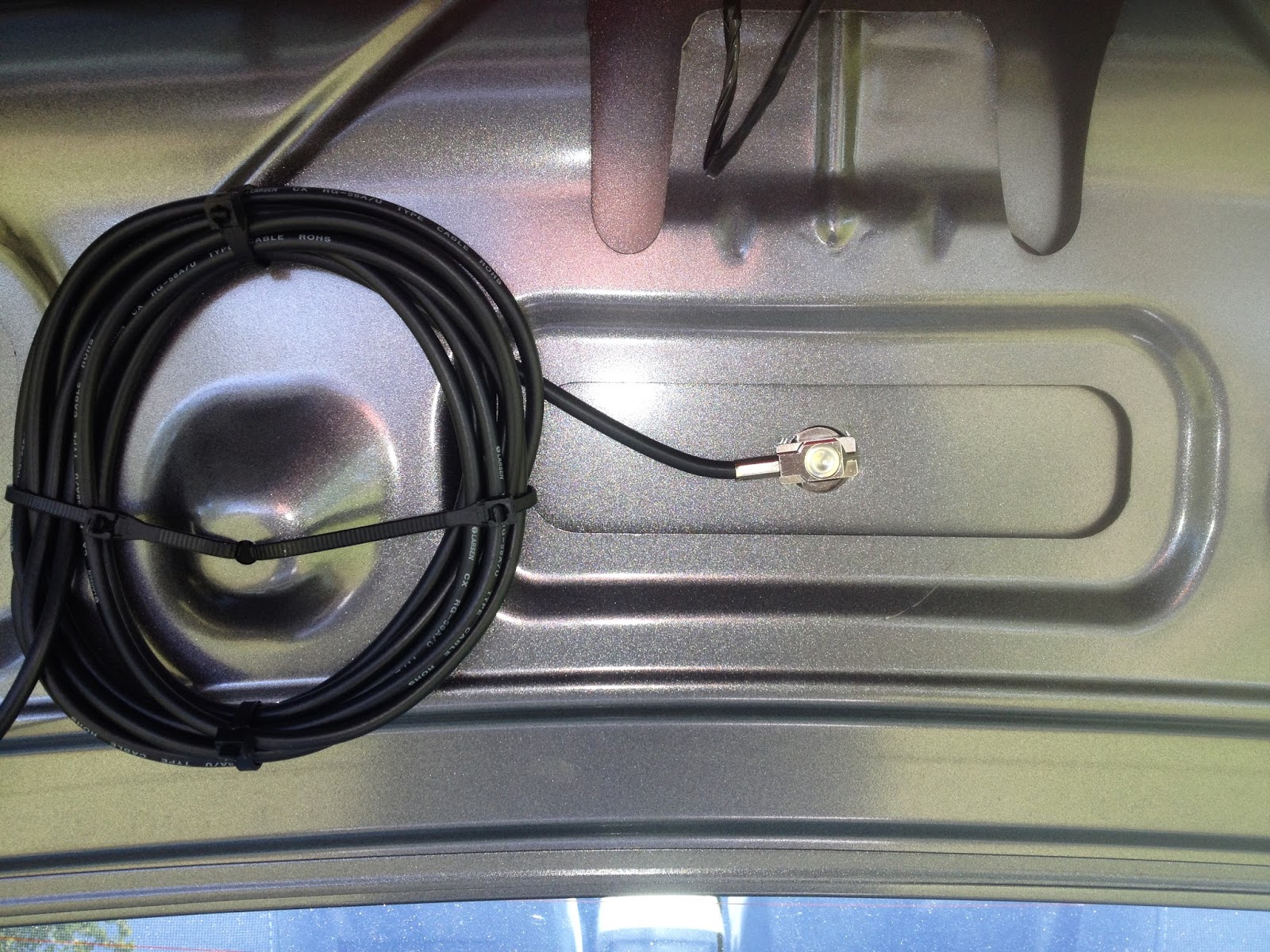 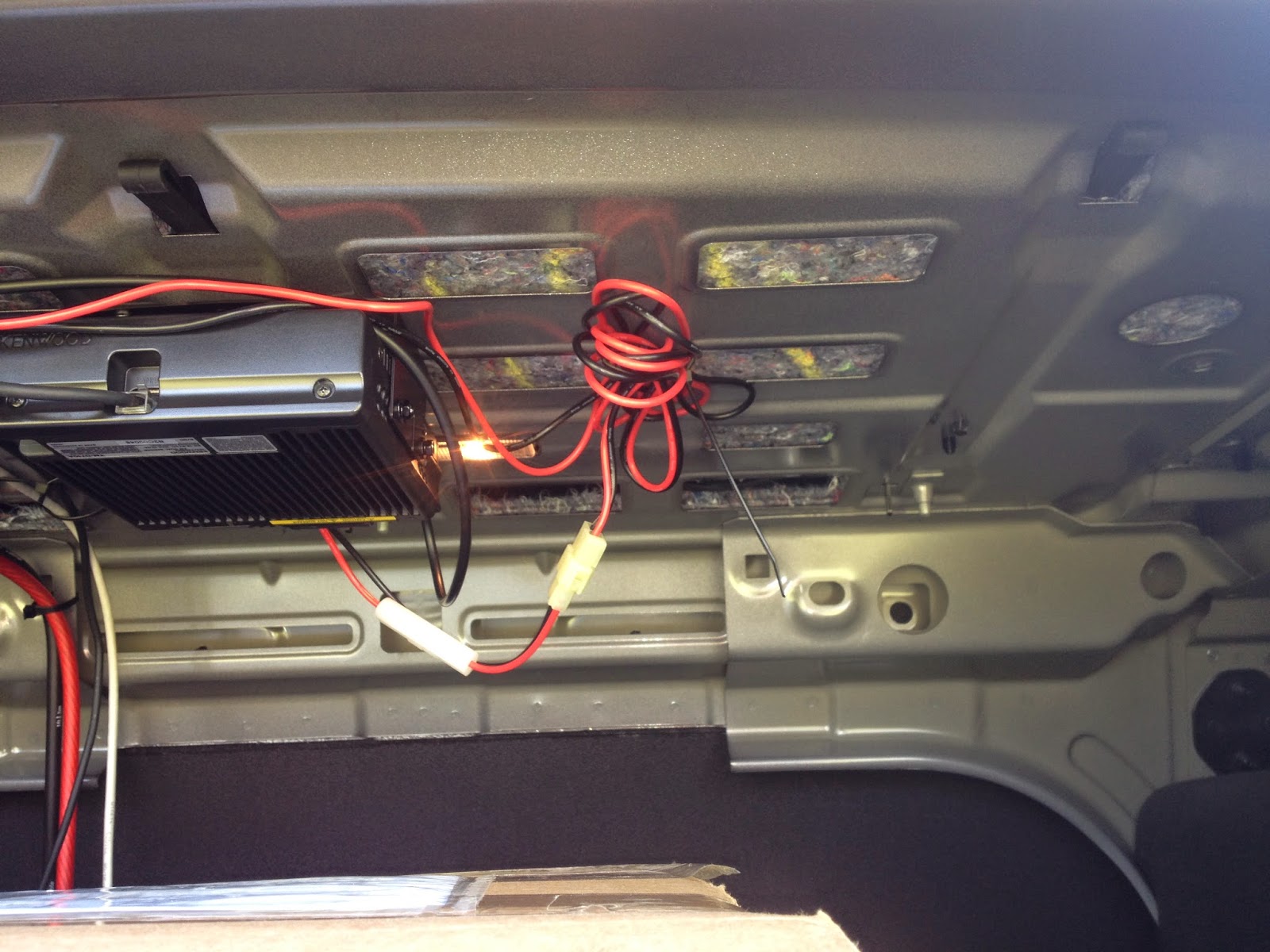 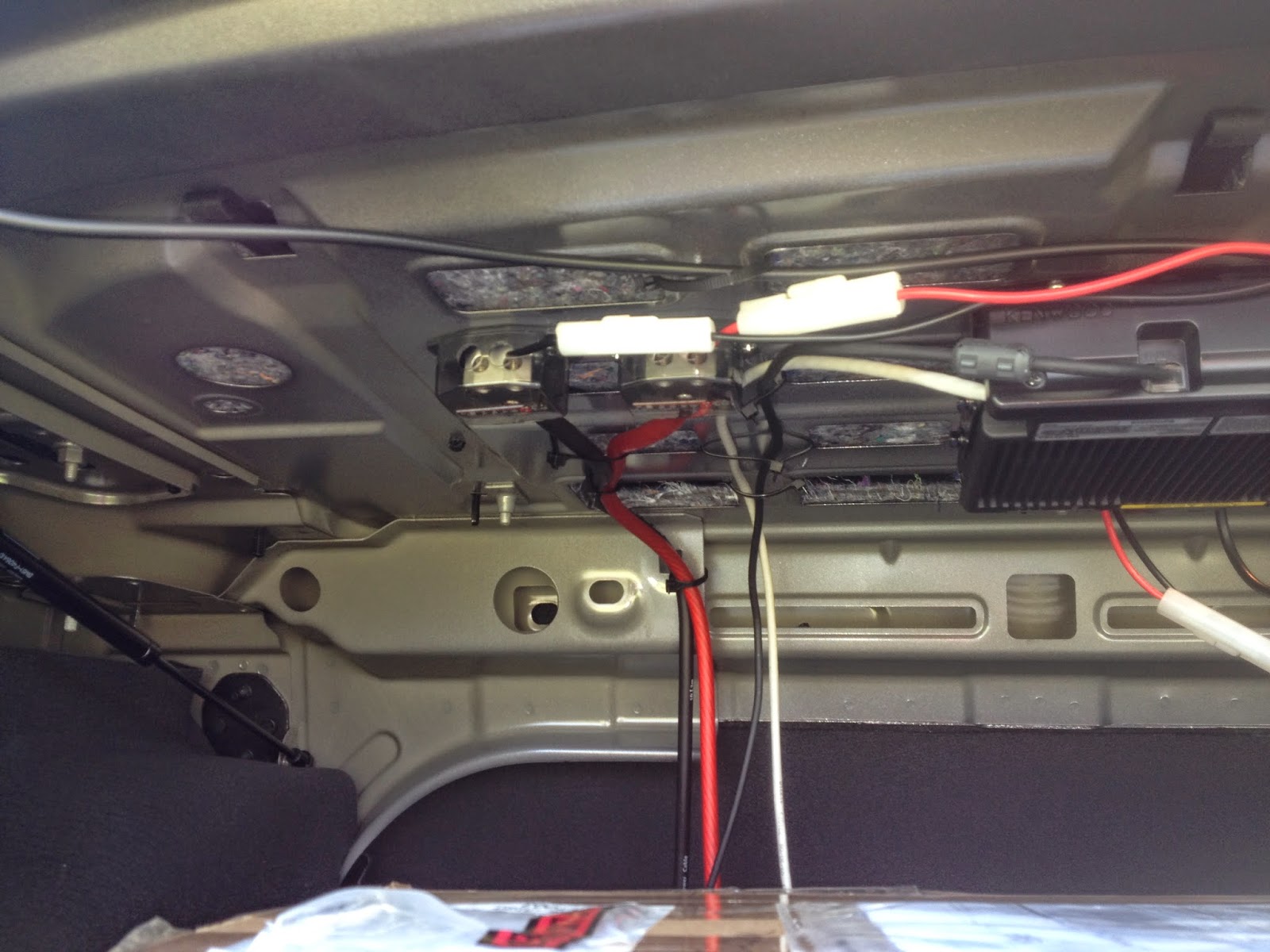 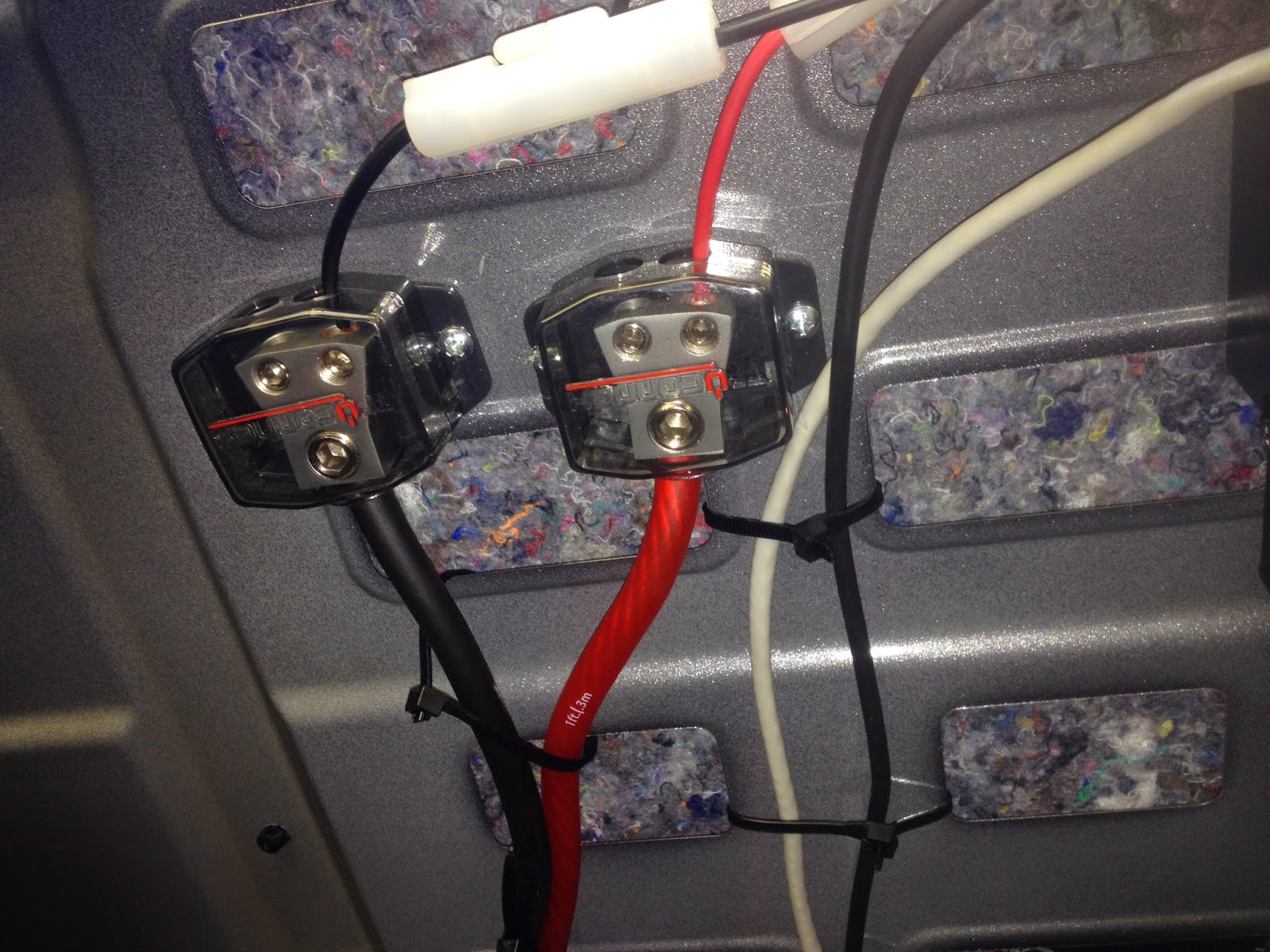 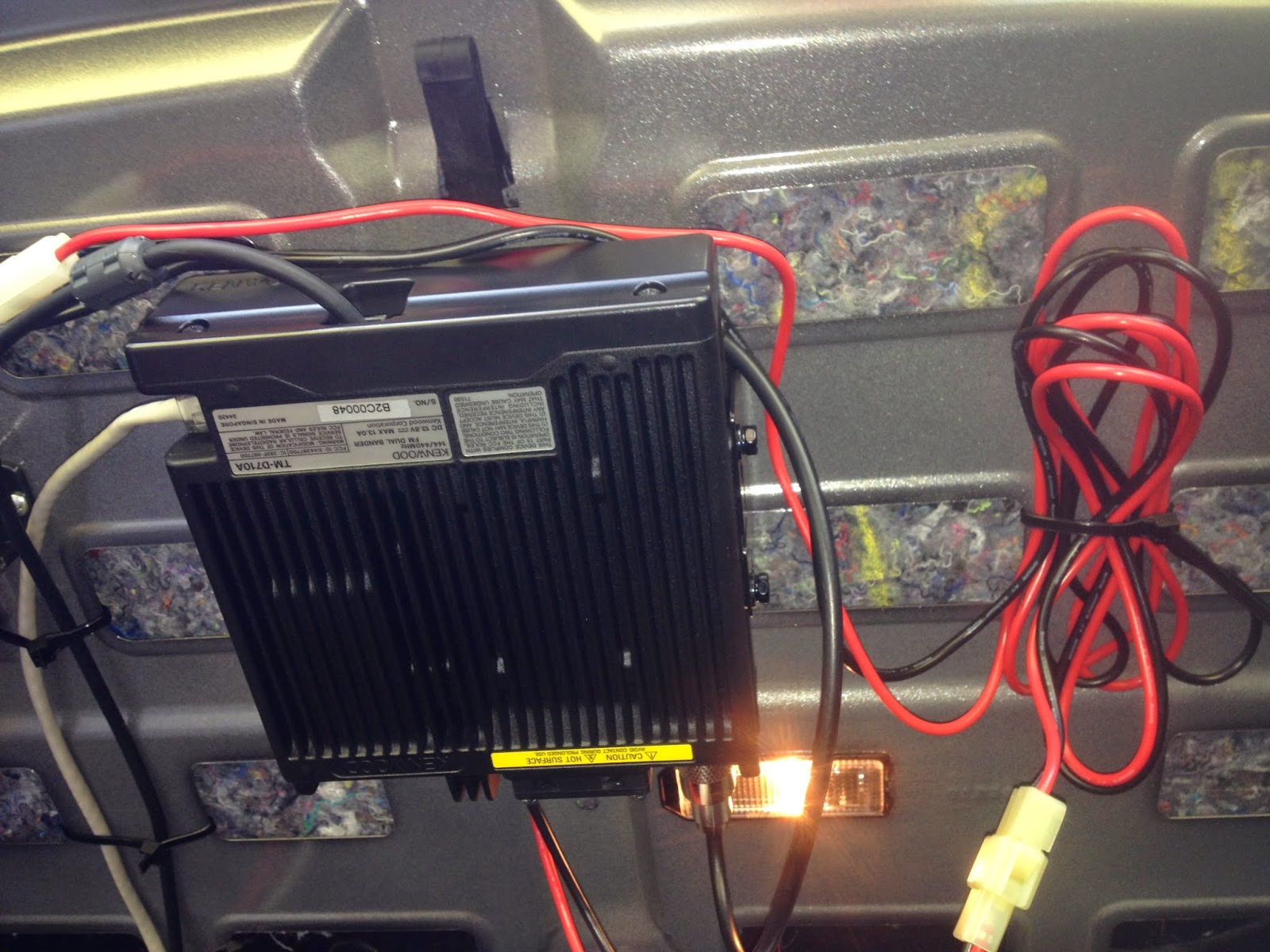 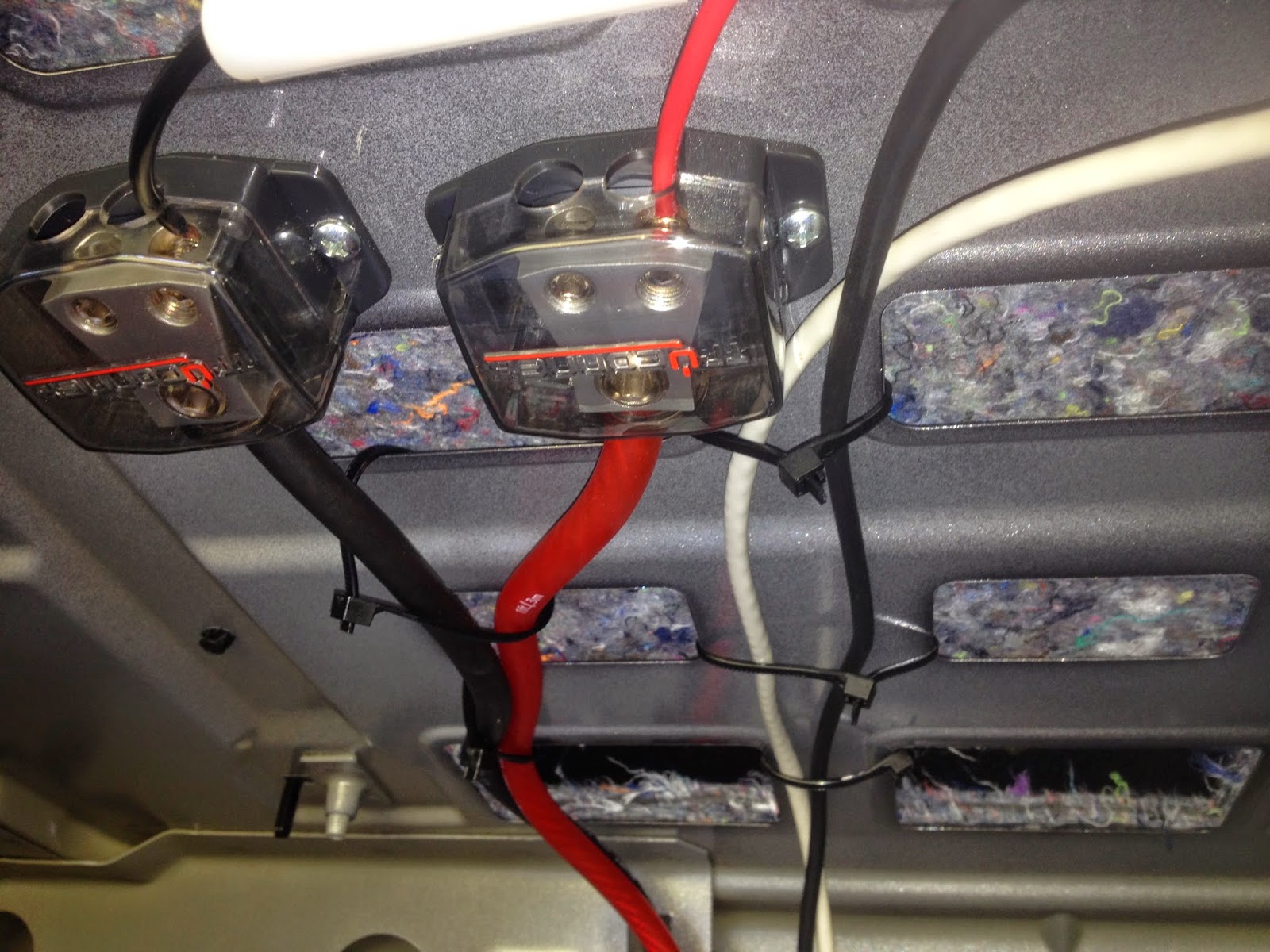 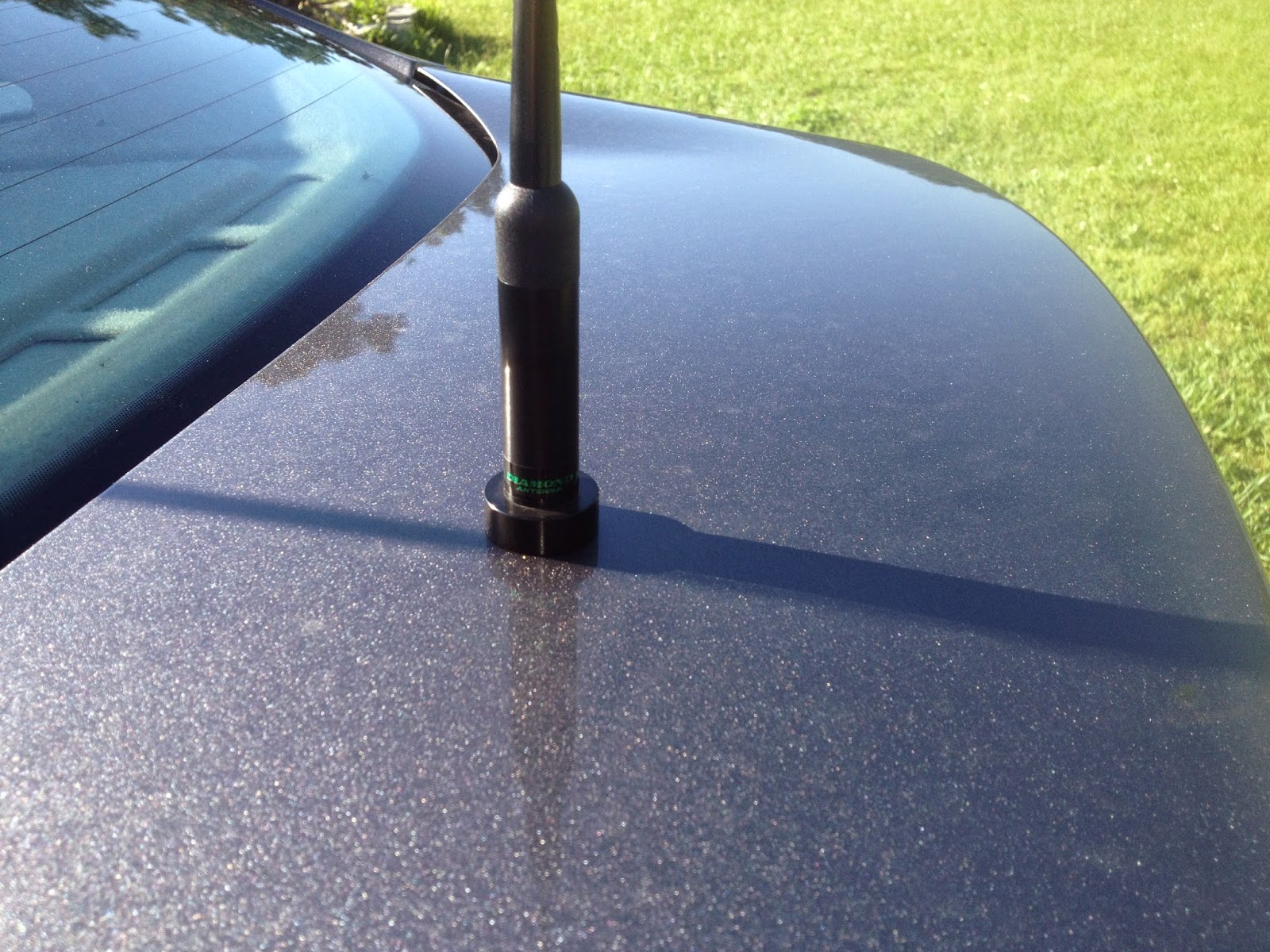 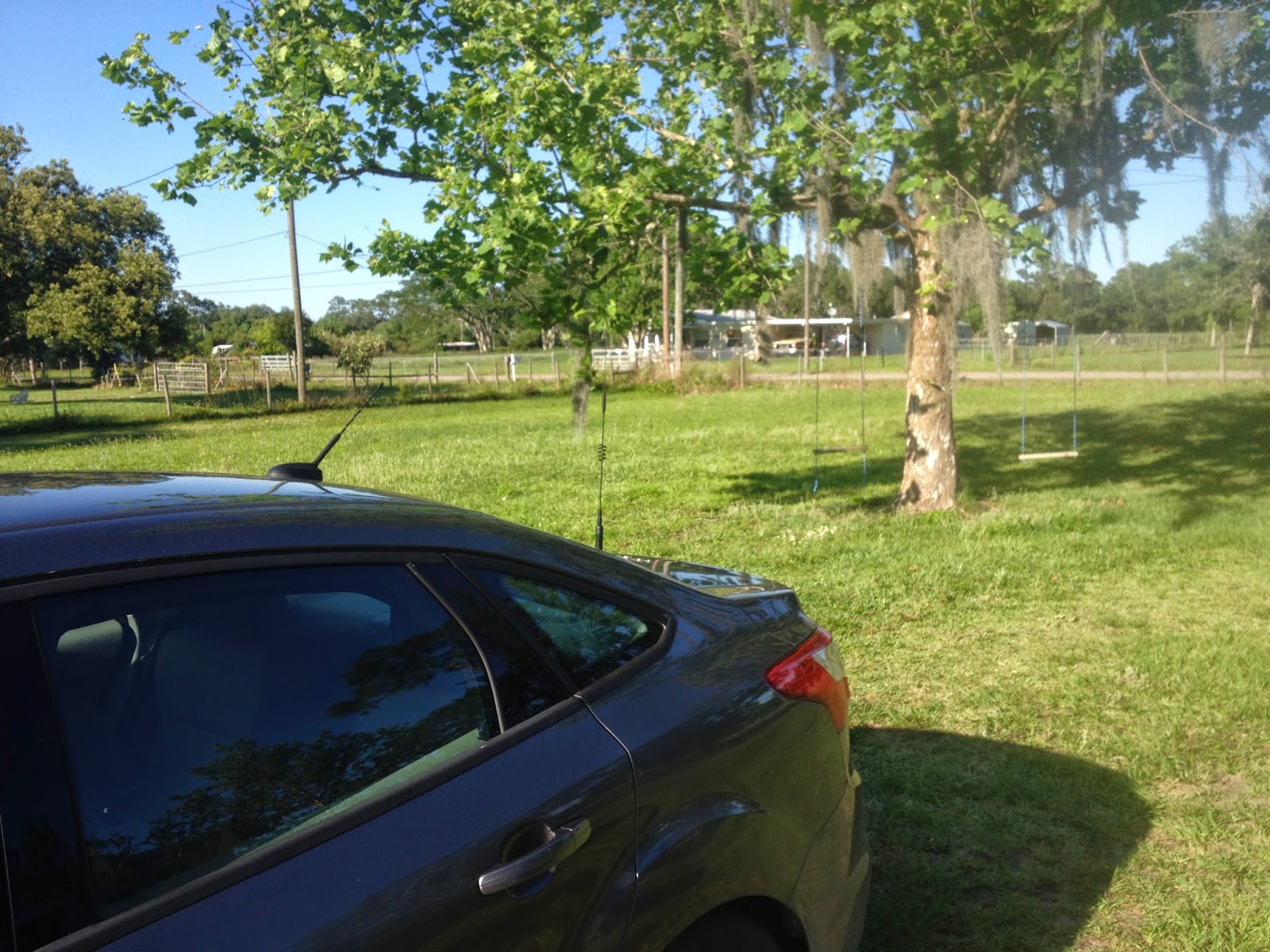