Well, this isn't really ham radio related, but it was a fun project that I did a while back.  My wife and I wanted a way to film some of our cycling "adventures", but we didn't want to spend the money on a GoPro camera.  So instead of spending $200+ on a camera meant to do this, I went to Home Depot and spent $5 in parts.   Basically, I took a mending plate, bent it into a top-hat shape using a bench vise and a hammer, added a couple of hose clamps and a machine screw, and voila, a Flip Cam mount!  I inserted a bit of rubber between the mount/clamps and the handlebar to somewhat isolate vibration.  I also trimmed the corners off of the hose clamps to limited getting scratched if I accidentally ran my hand into it!


Time to Completion:
Here are some pics: 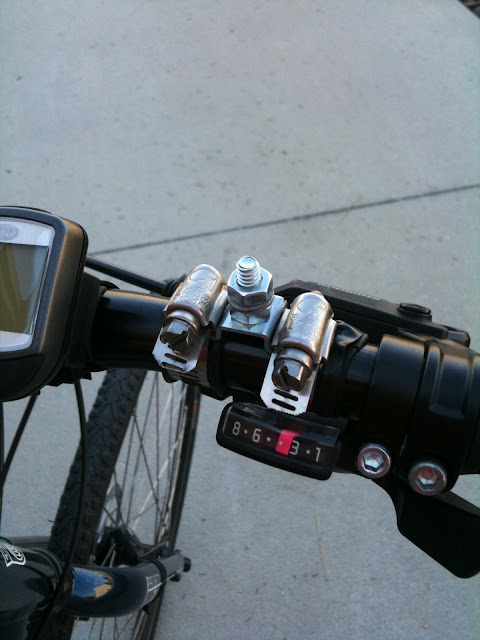 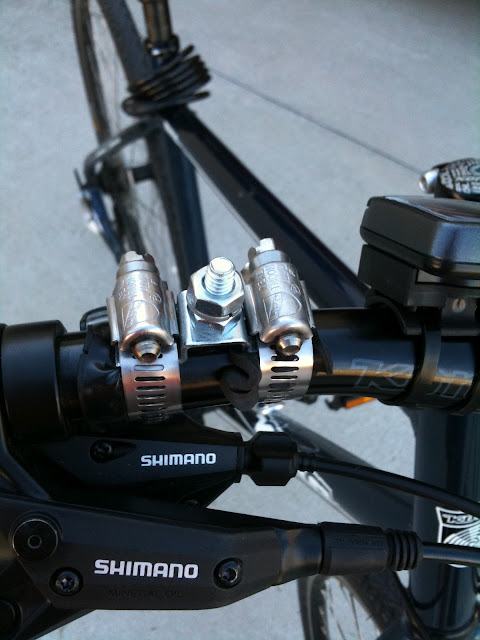 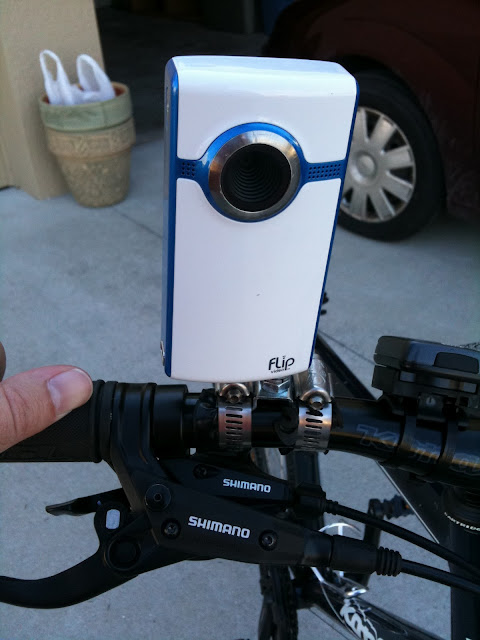 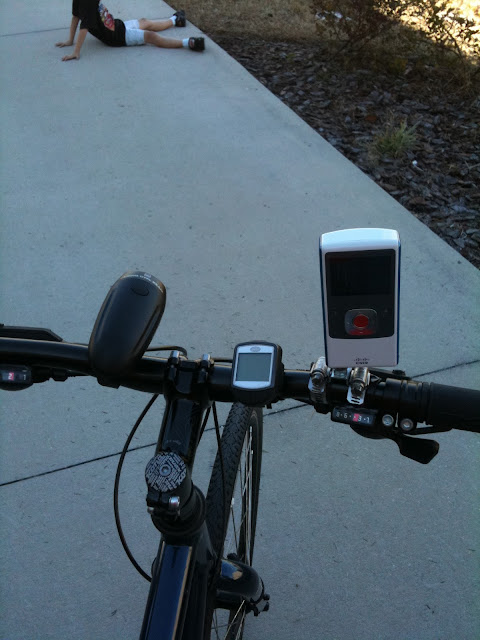 While this wasn't really a ham radio project, it could still come in handy for mounting an HT radio or GPS if you are into APRS.  I'm considering mounting a 2m/70cm HT to my bike to talk and ride, but I want to add a decent antenna instead of the rubber duck.  I've also considered figuring out a bracket for a directional antenna so that I can work satellite contacts from some more remote locations in Florida.  There are some nice "rails2trails" here.  More info will be forthcoming on this as it evolves.