The other day I had an amazing low power but long distance QRP/p PSK31 QSO between me (KK4JDO) and Michael (VE3NOO).  His QTH  in Canada is 1126.8mi (1813.4km) from mine here in central Florida.  At the start of the QSO I was running just a meager 0.2 watts.  That's right, less than a quarter of a watt!  He started out running around 35 watts, I believe, but when he heard what I was doing he lowered his power down to less than a watt also!  How cool is that?!  We had a fine QSO, 100% copy both directions, and it felt like the conditions were going to last forever.  We eventually said 73 ourselves well before the ionosphere did it for us.  The math on that works out to 5,630mi (9060.6km) per watt!  How cool is that?!

To give an example, using that kind of power for distance ratio, you could talk to the moon using mere 42.4 watts.  Now I know that ionospheric propagation doesn't work like that, but it does give a fine example of the kind of distances we're talking about.  :-)

I took a few pictures to commemorate what - to me at least - was a special event:

Here is a shot while receiving him, note the power setting and how sharp his signal is in the waterfall. 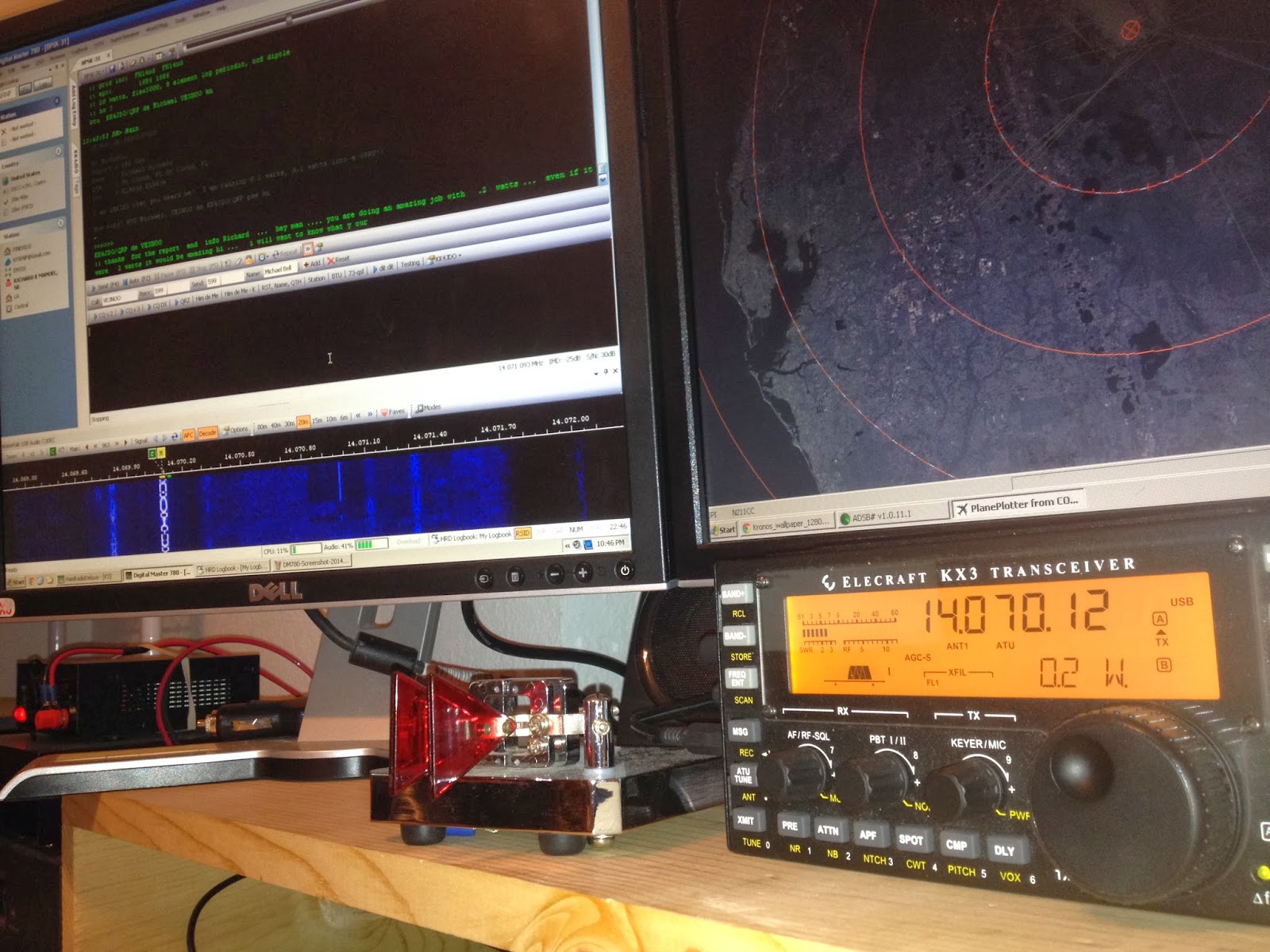 Here is a shot of my radio while transmitting, again, note the power level!  Woot! 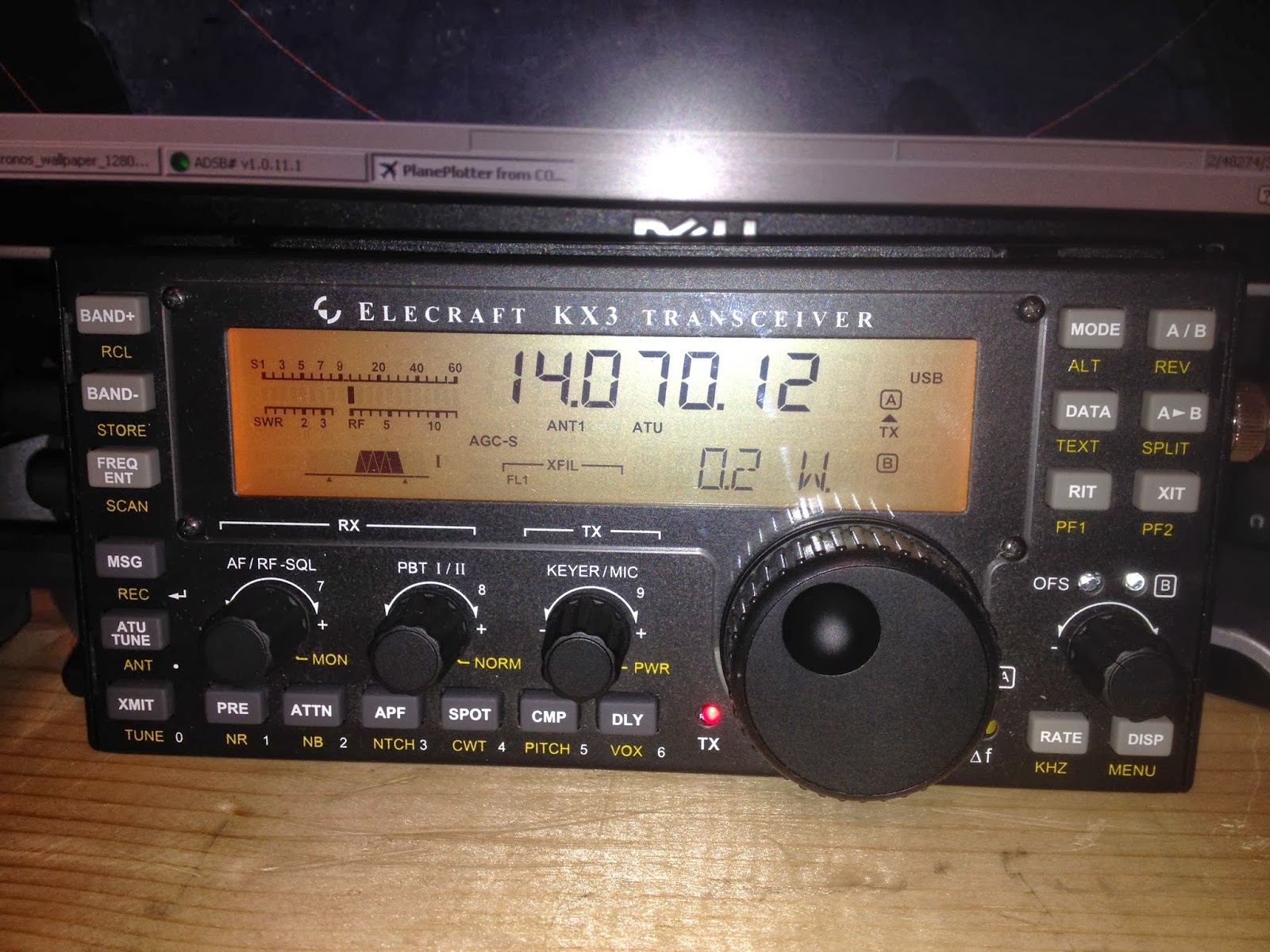 Here is a screenscrape of his signal before he turned down his power. 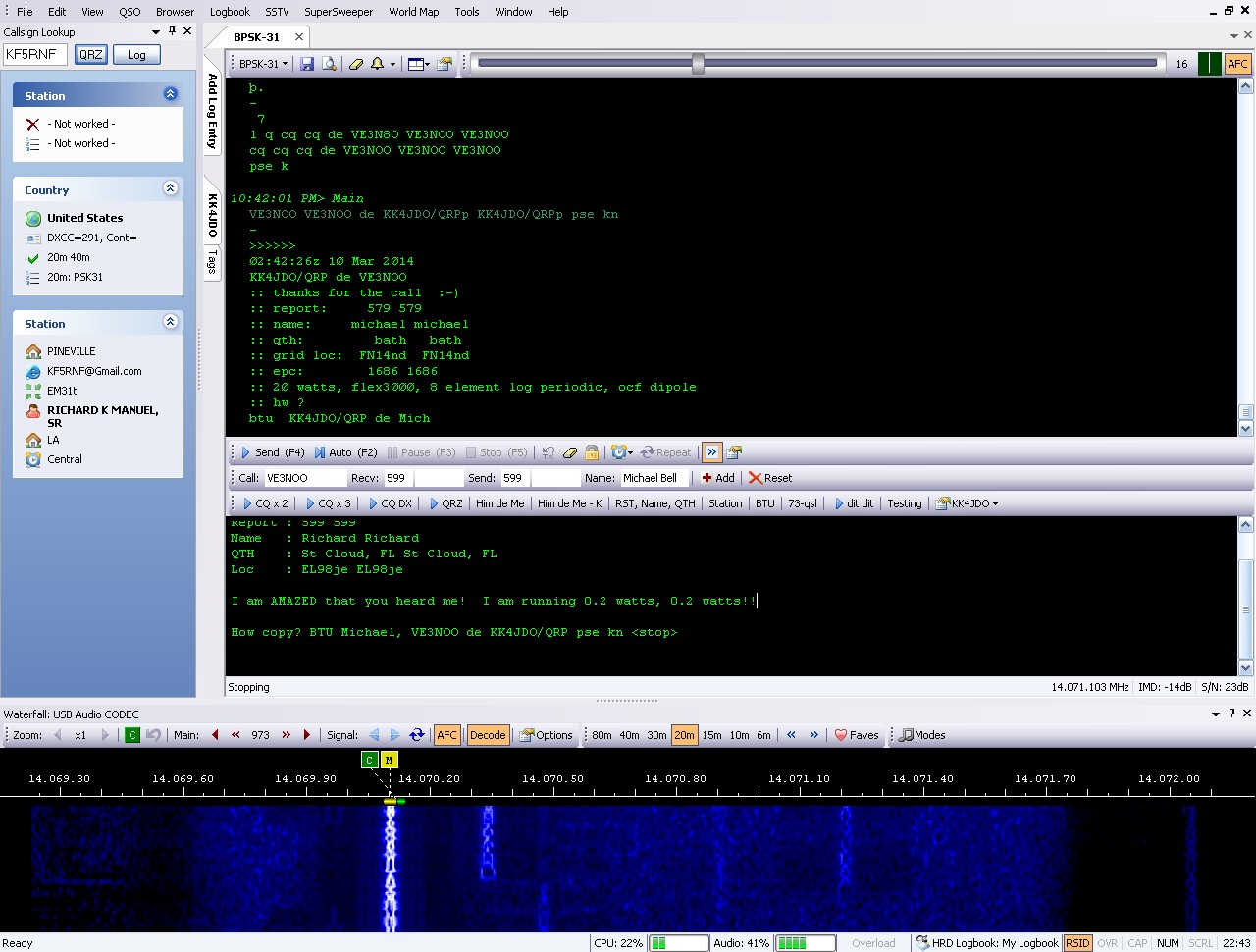 And again after he turn down the juice to 1 watt.  He went lower with a lot of success but I didn't think to grab a screenshot.  I was too busy geeking out.  :-) 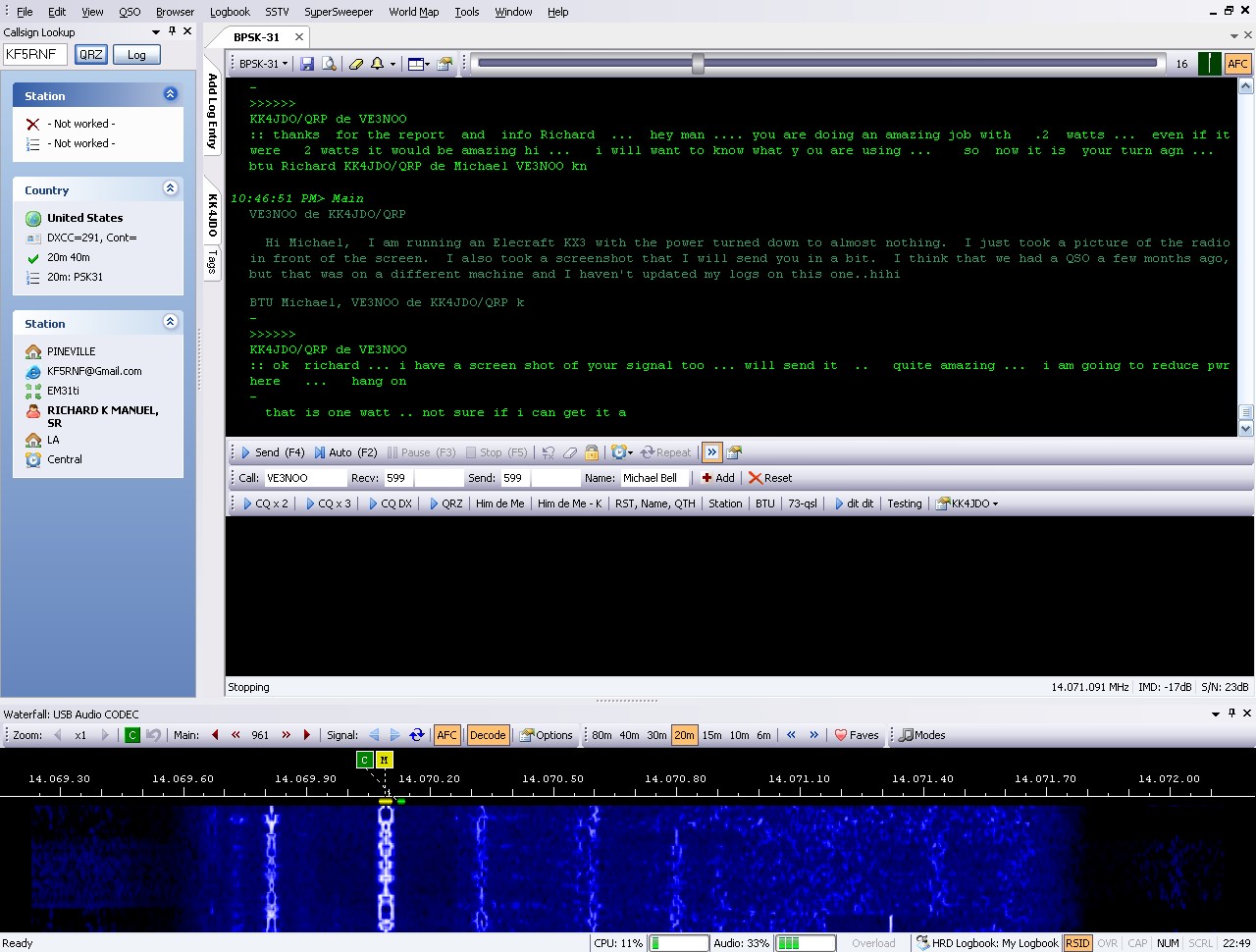 So all-in-all, it just goes to show that you don't need a lot of power to talk long distances.  Even chatting across the internet can't compare to the power levels used here.  We're talking less than the amount of power needed to light an LED!  And I was able to talk from Florida to Ontario with it!  Just the optics used to send signals around the world via the internet use more juice than that, let alone the hardware that supports said optics.  Talk about energy efficient!  Now if the ionosphere had the same reliability factor as the internet we'd be in good shape.  :-)

Anyhow, I just wanted to share something that I found absolutely amazing.  So if you have a RockMite or SoftRock, don't despair, you can make some long distance contacts as well!

Richard, KK4JDO
Posted by He who shall not be named at 5:25 PM