So browsing around various email reflectors and online communities I keep hearing about how expensive ham radio gear is.  People keep saying that it costs too much to get into HF.  I wanted to debunk that a little.

I have already built a SWL RockMite-40 kit, but I didn't have a paddle to go with it.  So I wanted to build one, and at the same time show what could be done on the cheap.  The paddle that I came up with isn't overly elegant, other than in its simplicity.  My craftsman ship isn't compliment worthy, other than to say that it works.


And that is it.  I used basic tools (as you'll see from the pictures, things like a drill press would have made for a cleaner job), nothing special was required.


You don't get much simpler than that.  Now then, on to some pics: 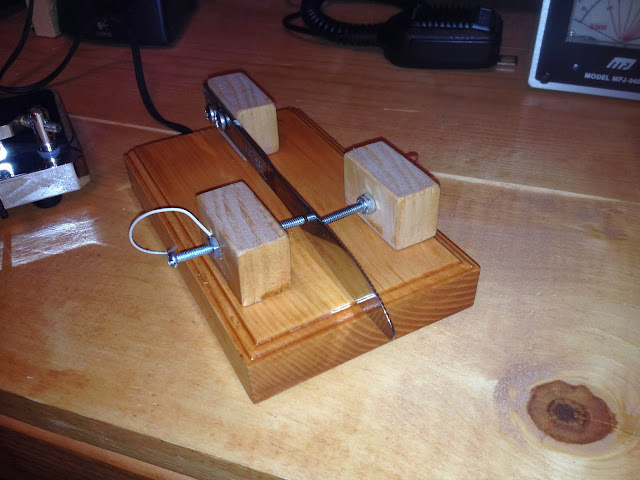 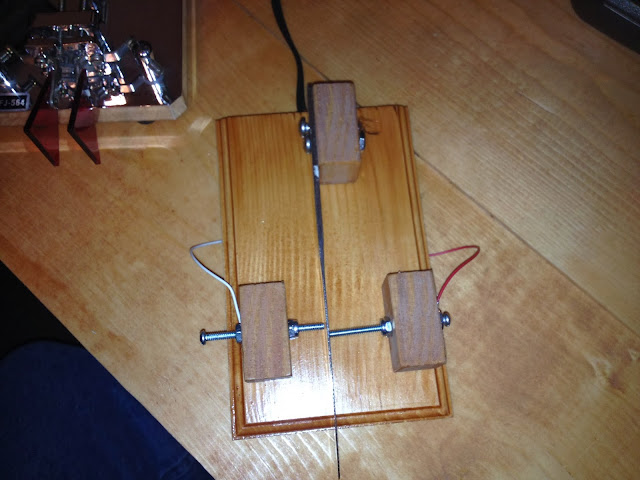 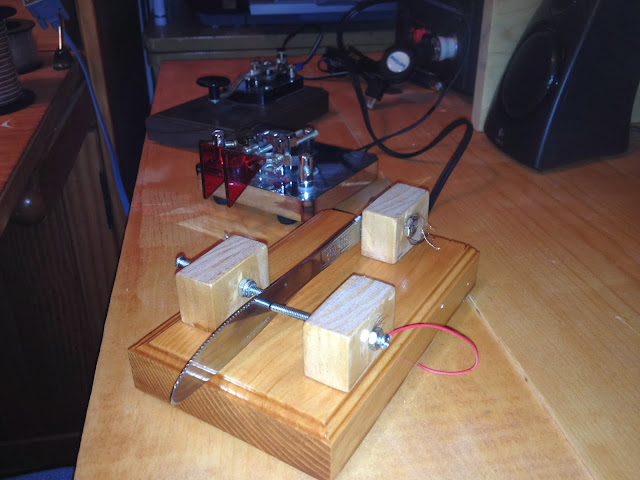 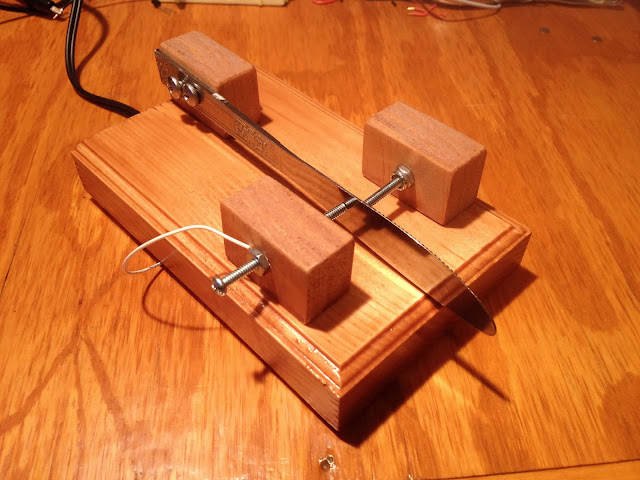 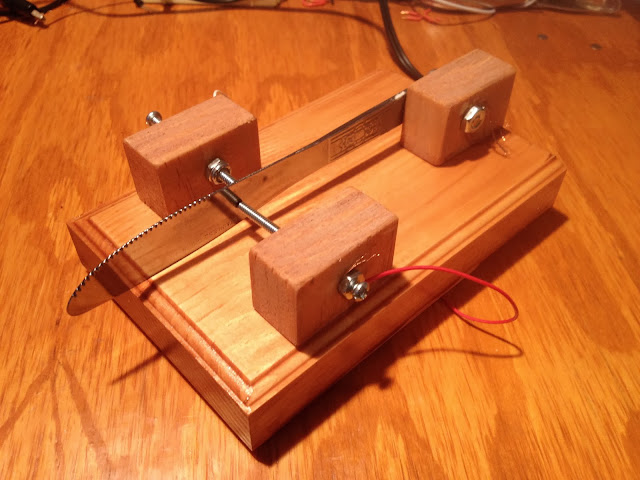 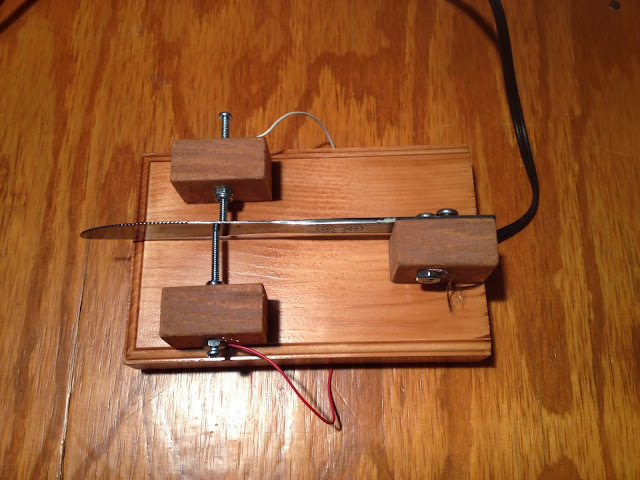 Heck, I even took a short video!  This is me keying CQ into a dummy load.  Imagine that, a dummy on both ends of the radio!  ;-) 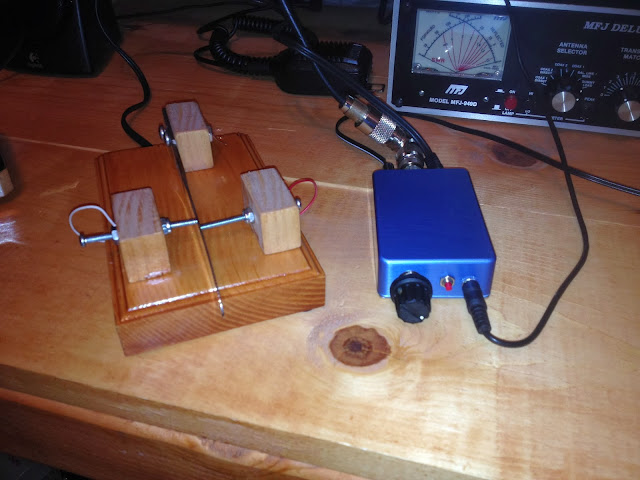 What's that?  You need a tuner?  Well, at 250mW-500mW, I would recommend a resonant antenna instead of a tuner.  But if you must have one, add in the $65 Emtech ZM-2 tuner (which would happily tune a clothes hanger) and you're ready to go.  Total cost for a flexible HF station: $115 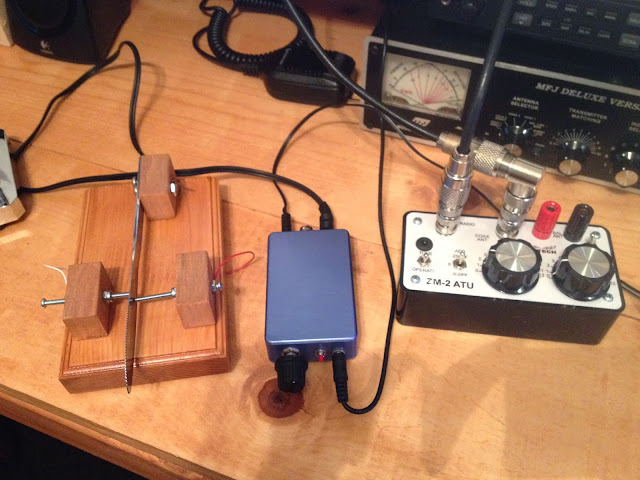 Well shoot, you also don't have an antenna either?  Not a problem, we can cover that too.  A 100ft roll of RatShack speaker wire is $14.  Measure out ~31', split it (use a zip tie to keep it from splitting further) and use the rest as the feedline to your tuner (or just cut it at that length and solder it to some 50ohm coax and go straight to the radio). You can find it elsewhere much cheaper, you just have to look around.  You could probably score some wire for free by doing a bit of dumpster diving or asking a local construction company nicely.

Here is a completely portable ready to go HF station, with tuner and antenna, for a total cost of ~$130. 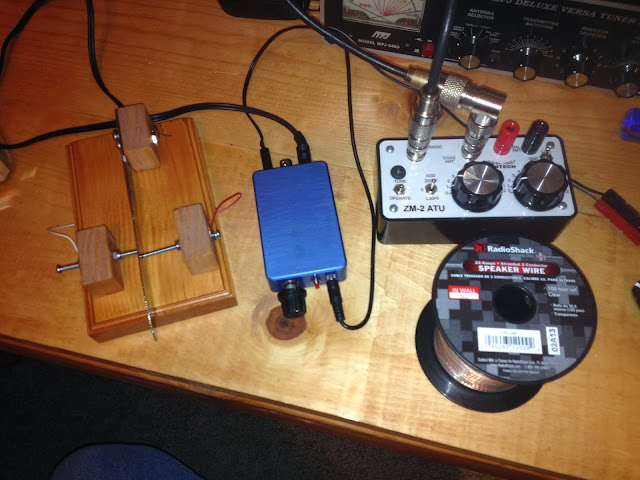 Now, admittedly, it takes some time to put the kits together, and you need some tools to do so, which also cost money.  But most of the tools needed are already laying around the house with the possible exception of a soldering iron, but those can be had cheap, just look around.  If all else fails, a RatShack soldering iron will get the job done for $10 and it even comes with some solder!

After the tools, it takes the knowledge.  Which is the essence of ham radio.  You don't need a lot of knowledge about electronics to assemble the kits, just follow the directions and you'll be done in no time.  But use it as an opportunity to learn about how the radio works!  Then you'll have the knowledge for next time, and you get tackle a bigger project.  Maybe a BitX or something like that!

Which brings us to the crux of it.  After the tools and the knowledge comes the drive.  The desire to make it happen.  The willingness to put effort into something.  If the desire and drive are there, all the rest will fall into place.  And if it doesn't, call me and maybe I can help!

Richard, KK4JDO
Posted by He who shall not be named at 3:05 PM